From the pinnacle to the pit

In my last review, I mentioned Ghost as an example of a simulacrum, an imitation or a reproduction of a previous work that is just different enough to make it appear fresh and original. I thought it suited Ghost well, as Tobias Forge doesn’t seem to consider his work as an homage to Blue Öyster Cult, Candlemass, Witchfinder General, etc.. but more as a revival of the style of those bands in each different album. And I must say I’m a big fan of Opus Enonymous and Meliora, as both introduced me to metal back in the days when I was discovering the genre. So, it’s not that much of a problem to me, especially when Ghost draws its inspiration from great bands. But what if they were starting to look towards more - let’s say - “controversial” genres.

Oh no, don’t get me wrong, we are not talking about becoming too ‘’pop’’, because Ghost has always been ‘’pop’’, that was the main originality (with the occult imagery), the tweak to make the simulacrum appear real. The problem is going pop like other bands already did, 40 years ago.

Let’s set the scene: it’s the 80s, metal is at its best, Iron Maiden and Judas Priest at their zenith, thrash destroying everything, setting the path for death and black Metal to unleash even more aggression on the scene. You even have the early doom scene, worshippers of Black Sabbath, that appear at this time. So many classic albums to choose from, so many possible influences, so many genres that can inspire a revival in our current time. Unfortunately, this time Ghost did not pick any of the good or classical material from that era, and decided to dig in the stuff people wanted to forget.

Now Tobias Forge is your dad, blasting Cum on Feel the Noize through the speaker, and saying ‘’Yeah, that’s what it’s all about, they don’t make it like that anymore’’. Indeed, they don’t, and for good reason. Hair metal, hard FM, glam metal or AOR in the 70s, were a product of their time, a short burst of bands that stuck to what producers wanted. Everything was calibrated to be catchy as hell and work even on a crappy radio. As the opposite of thrash, the whole scene was carefree in its themes, and generally only good for one single or two. It was quintessential pop - it worked. Those bands climbed to the top of the charts, and we can still hear Kiss, or Europe on the radio, even if it’s always the same tune… But was it good? It seems that more metalheads want to forget this period, as much as the nu metal period that followed in the 90s.

Ghost decided to go down this rabbit hole, and it’s not their first time. The previous album already went into this territory, while keeping a horror theme a la Alice Cooper. Some songs were pretty good like Rats, and most of them were quite forgettable, in particular the one to trash his previous Nameless Ghoul mates (See the Light). Another example is the wonderful song Square Hammer, that is a perfect example of a catchy and poppy song, while still remaining epic and original thanks to the lead organ. So who knows, perhaps Ghost can make good Hard FM? That would actually be the original tweak to this album, taking a genre cast away as a pariah and make it actually interesting, engaging and fresh. That would be awesome right? Wrong. Ghost failed spectacularly on Impera, it’s even impressive how there is no redeeming feature on this album. 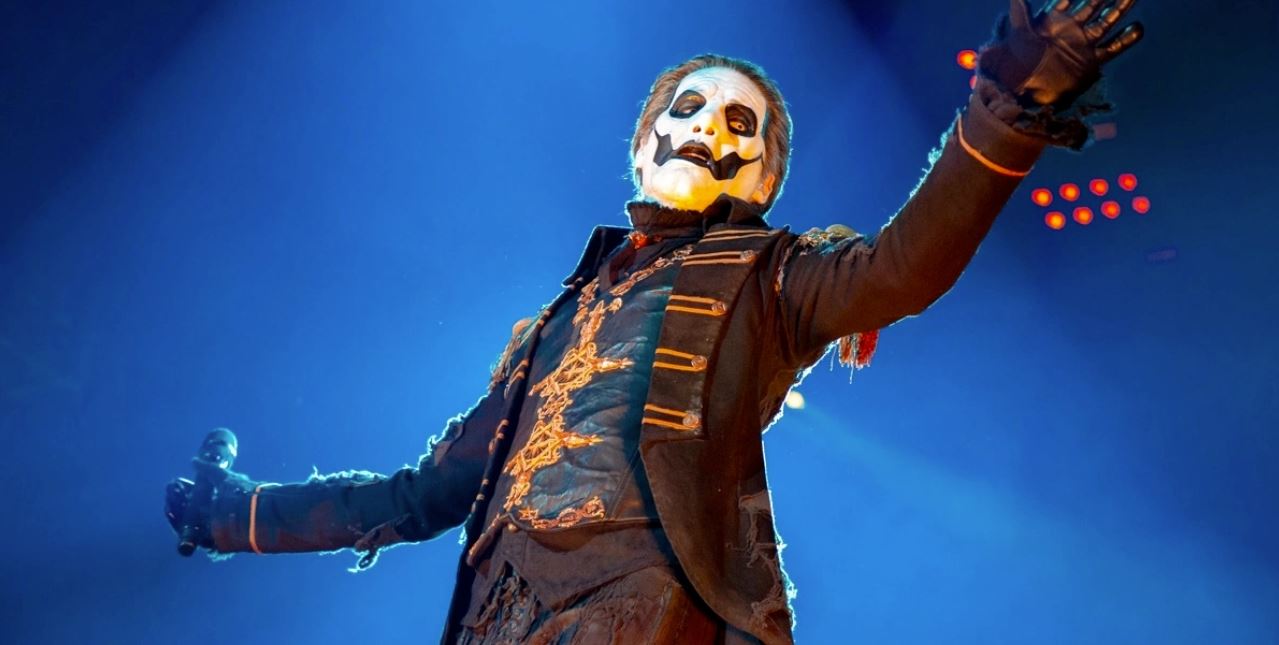 After a useless intro, the first song Kaisarion welcomes you with an usual high-pitched scream, and then followed by very lukewarm vocals. The vocals feel so jaded in the chorus, it sounds like it was recorded between two interviews for Kerrang! and Rolling Stone. Unfortunately, those lifeless vocals continue during the whole album. It’s a very poor performance by Papa Forge. That song also contains one of the most eyeroll-inducing breakdowns I have ever heard. The second track starts like Hold The Line and then becomes completely forgettable. Then comes the two singles, Call Me Little Sunshine and Hunter’s Moon, that both shine by their lack of energy. The first one sounds like Load/Reload was released in the 80s and the second is a metal version of ABBA.

And at that point the album manages an incredible feat, it dips even more into the septic tank. Watchers in the Sky is the worst Ghost track I have ever heard. Non-stop chugs, boring drums, absolutely worthless chorus with lyrics directly from a LinkedIn post, a completely lost synth, generic lead guitars… all of that drags for more than 5 minutes and then the whole thing ends with a fade out. If you still haven’t absquatulated at that point, you will be greeted by Ghost making its worst impression of the worst tracks from Diablo Swing Orchestra’s last album. Twenties is so strongly facepalm-inducing that you will end up looking like a french bulldog at the end of it. To avoid that, try to pay as little attention as possible to the lyrics, the voice, the choir, the guitars and the drums and you should be okay. After that groovy track what better choice than a ballad ? And just like that, in less than 10 minutes, Watchers in the Sky is now the second worst Ghost song ever. One good point is that this ballad isn’t looking too much at the 80s. No, it’s looking at Imagine Dragons. So the only track that feels new is a pastiche of the worst pop rock FM current bands, which means that Ghost couldn’t even manage to be original and still had to copy someone to make a more current tune. The last two songs and interlude aren’t noteworthy and feel indeed better than the ballad, even with the annoying vocal delivery.

You can see I have not talked about the production. Yet. This is mostly the only modern aspect of this album, and it’s so bad it would be comical if you didn’t have to listen to the album. Boomy bass, plastic drums sound, synth lost in the mix, flat vocals, all of these are bad, but the worst offender here is the compression and the omnipresent clipping that could be considered as a separate instrument. It’s weird it’s the same producer (Klas Åhlund) as Meliora, which wasn’t too bad on that aspect. Who else did he work for, let me check… 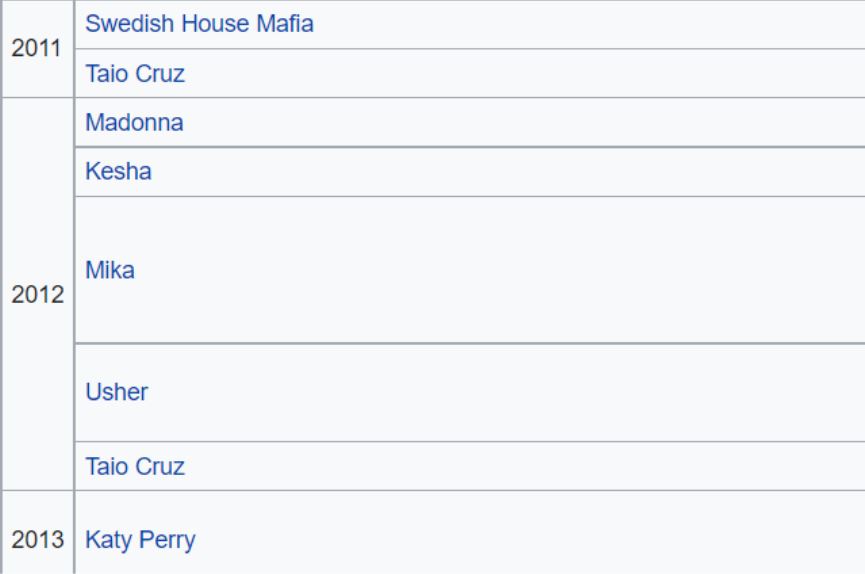 Am I being unfair? I’m not sure, I truly hate all the songs. Do I sound like a critic that just heard the Metallica’s black album in 1990? Perhaps, but let me tell you, the black album succeeds where Impera fails. Because what Metallica did in 1990 was creating a new type of popular music. Its impact on the metal and mainstream scene was important, regardless of what you think about the quality of this album. It killed hair metal on its own ground, topped Billboard 200 and stayed in it for more than 12 years. It’s now an icon of pop culture, something that no glam metal album ever managed to do. Some bands could be considered as icons, but more for their gimmick than for the quality of their music. And it’s something that could be said about Ghost now. By failing to make a dead genre relevant again, only the papal antichrist gimmick remains, trying his best to hide the futility of Ghost music on this album. 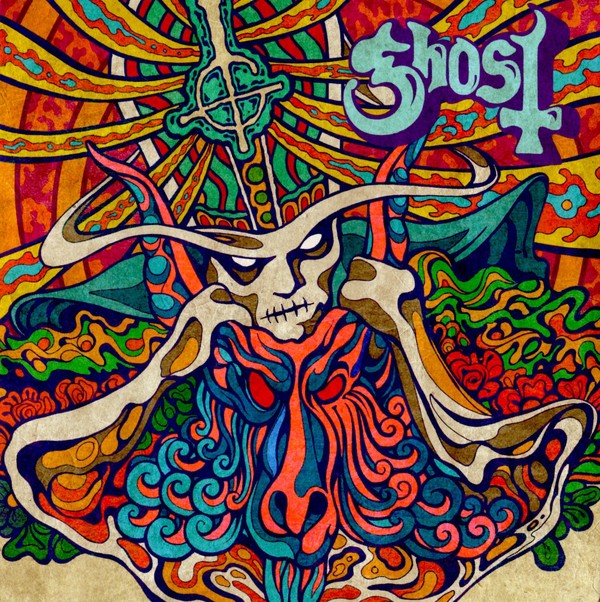 Is there any hope left for Ghost ? Is it over for the biggest recent metal act that went slightly mainstream ? ‘’Yes, finally’’ would say the haters that could never stand the band, but I would not be that sure. Before this album, Ghost released two wonderful tracks on a short EP, 60s flavored, and deliciously crafted, they show that Ghost can still manage to write something effective and good for the ears.