Dream Tröll – Realm of the Tormentör

The subtle art of being seriously unserious

Heavy Metal is a genre strongly associated with the 80s. It has been played by so many bands, with so many different iterations, where so many great albums emerged; it leaves the impression that it’s impossible to be creative anymore in that style, especially in 2021. It’s probably the reason that a lot of new albums, or new heavy metal bands, are either a simulacrum of that period or just a plain copy. A simulacrum because some bands really try hard to make their music stand by themselves as being modern and actual, while hiding their influence, for example, Ghost or Eternal Champion. Plato said that a simulacrum is intentionally distorted in order to make the copy appear correct to viewers - it’s hard to blame those bands that do this as the source material is now completely dry and part of history. It’s not necessarily a bad thing; I’m, a pretty big fan of Ghost, but ultimately when you start digging into the original influences, it feels more and more like a modern homage to some of those historic bands (Blue Öyster Cult, Witchfinder General, Cirith Ungol, or Manilla Road) than true novelty. On the other hand, you have the straight copy, driven by nostalgia from a period that some of those bands never experienced, or from an old iconic band trying to recreate the magic from their glory days; I’m thinking Judas Priest – Firepower. Again, not necessarily a bad thing, being original will not make you automatically better (if only…), and who am I to whine if people have fun with those albums, it’s not like I have to listen to one every time it pops up near the top of a rate aggregator, right? But still, as a young heavy metal fan, that never lived the golden age, I can only wish to be surprised by something innovative, that acknowledges its roots but still tries to bring new ideas to the table, while not being completely experimental or wacky.

So how do you achieve that? Well, let’s find out with the band that I’m going to review today, Dream Tröll and their new album The Realm of the Tormentör

Now that this pedantic introduction, written by an asshole without mastery of any of the notions he mentioned up there is over, it’s time for fun! The first I heard of Dream Tröll was with their concept EP The Witch’s Curse 3 years ago, which I think laid the base of the style that was developed on the next two albums. 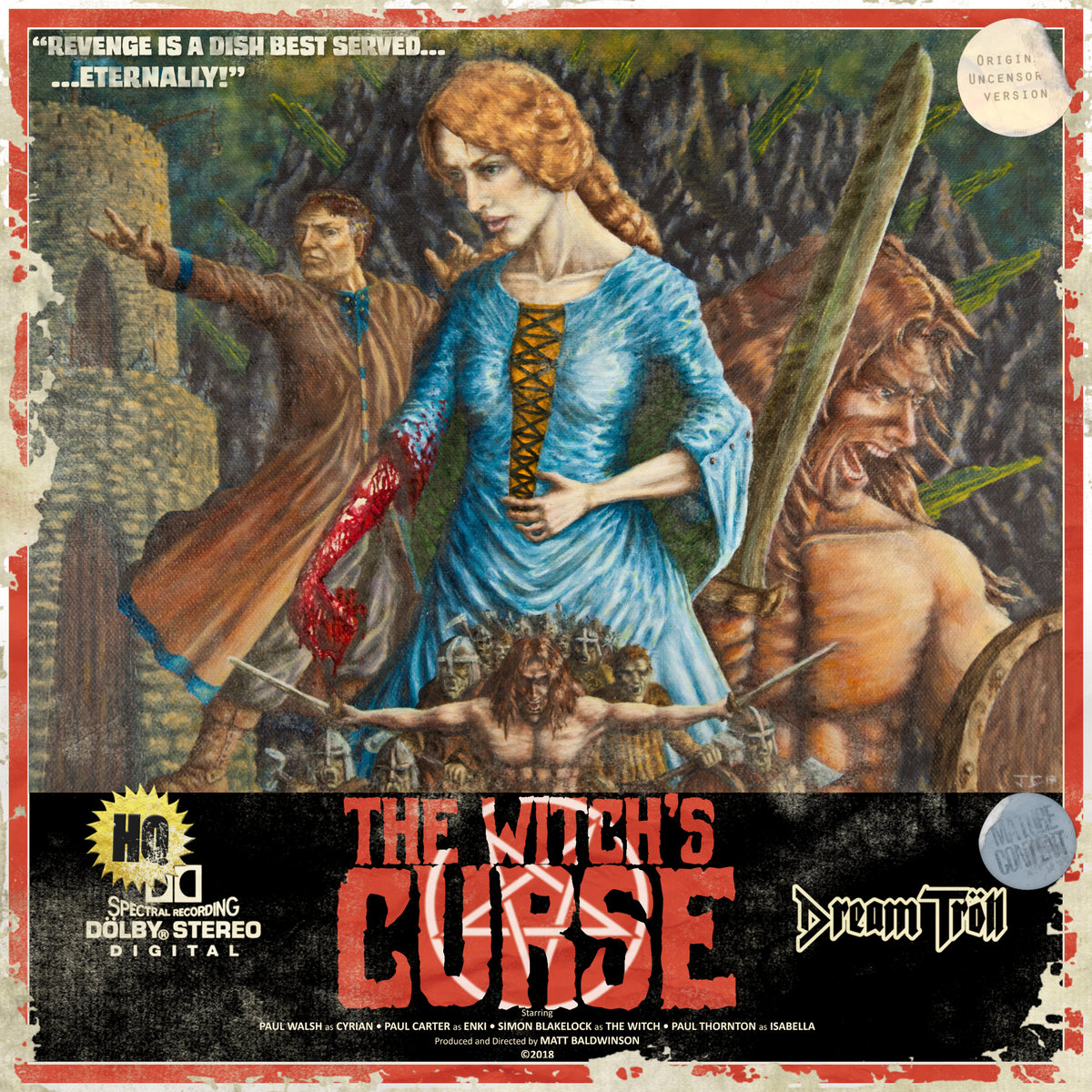 In my opinion, Dream Tröll music is all about being seriously fun. By that I mean it’s not trying to humor you by being silly or trying to be a parody, it’s just entertaining by being effective, catchy, and let’s be honest, quite cheesy too. But they are aware of that and play with it very well. For me the best example is the sound of the lead guitars, the first time I heard them I thought it was synthesizer, I had never heard something like that before. It’s like a hijack of the classical cheesy synth you can find in power metal, but used in such an innovative way that it feels quite refreshing and brings a distinctiveness to their music that makes it instantly recognizable. It’s not the same old cheese that now has some mold on it anymore, it’s a brand new one. On the new album, I think the song “Watch It Burn” shows this pretty well. The leads alternate with some simple but effective riffs, that on this album, I thought were sometimes inspired by glam metal, like on “She Got the Devil Inside”.

I want to talk about the production too, because on every album, I found it to be pretty suited to the style of the music - modern but not too brick-walled. The rhythm guitars have a more aggressive tone than you would expect for heavy metal. The bass is always very upfront and quite meaty, adding a solid groove to those songs, which is again a very recognizable aspect of their sound. But still, I kind of wish to see them having access to a more professional setup to refine their sound to something top notch, because it feels a bit flat sometimes. It might be that the band wants to stay independent, and now labels are not as useful as they were in the past with all the streaming services, but I think they deserve more recognition, greater success, and I wish they could develop their sound even more. I don’t know why labels like Metal Blade or Cruz Del Sur haven’t tried to sign them already; ultimately, I just hope they will be able to keep making music. 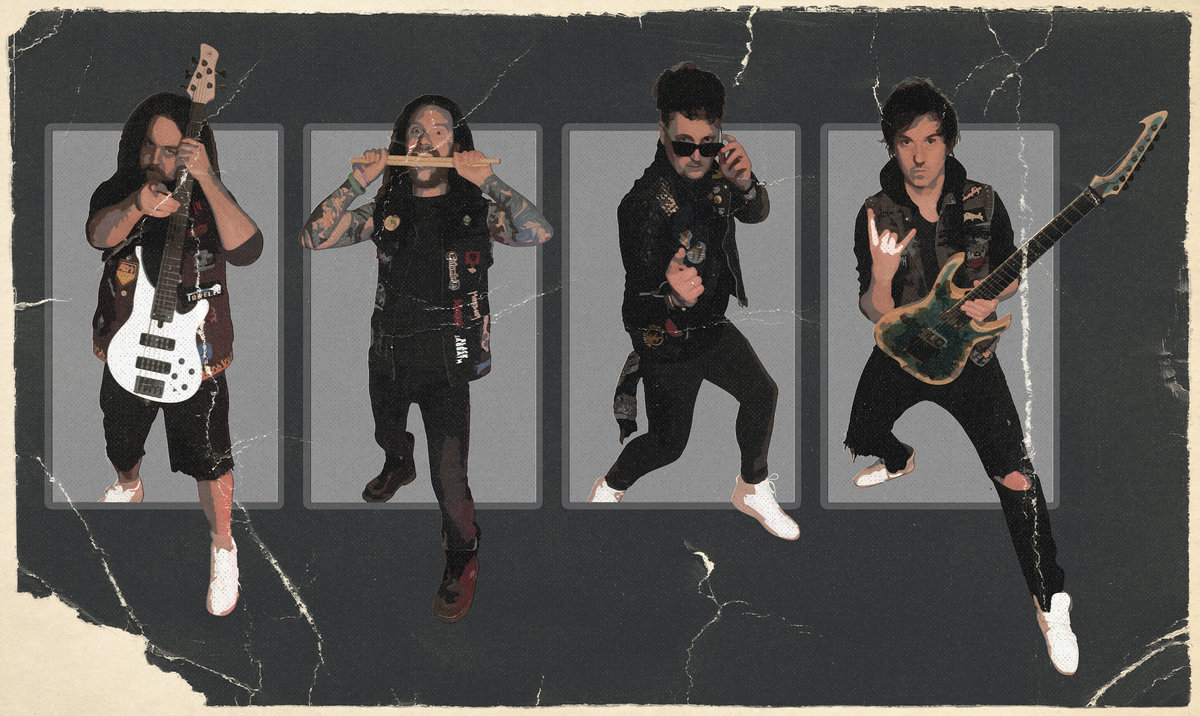 Back to the music now and it’s time to talk about vocals. I always thought that Dream Tröll’s music relied a lot on the melody of the vox to achieve the catchiness of their songs. I was saddened to learn that the vocalist from the previous album and the EP left, as I thought he had a dramatic way of delivering his cheesy lines, with such conviction that really strengthened the serious aspect while being so fun and entertaining. I wasn’t sure if they could manage to find someone else suited for the job, but I think they did it. The new vocalist is not as dramatic, but has a more varied range with high notes here and there, which add a bit more variation, which is quite suited to this album.

My favorite track of the album is the opener, “The Tormentor”, that I think really embodied the main ideas that make the base of Dream Tröll’s sound. Effective, catchy, and dramatic chorus, epic leads, memorable break, and goes right to the point. Those statements can be said of most of the shorter songs on this album. But I must say, the longer songs weren’t as enjoyable. While Dream Tröll is quite used to writing some very effective long songs (the whole of The Witch’s Curse EP, “Chrome Skull Viper”, or “Darkness Lies Within the Sun”), I found here they were a bit repetitive, especially the closer that builds, builds, and keeps on building to a pretty underwhelming finale. Despite those criticisms, I have so much fun listening to this album, singing along, and headbanging that my enjoyment is still very high.

By having a unique sound, a suitable production, a good approach to the genre, and by being incredibly catchy, Dream Tröll manage to be one of the rare bands that make an original and modern Heavy Metal album, along with the likes of Satan, Hammers of Misfortune, or Slough Feg, each of them in their particular style. I can only wish more people knew about this band and I hope to see them at a show one day. Long live Rock n Tröll!